Wes Krave is a hip-hop artist from Fort Walton Beach, Florida who is on the path to becoming a rapidly-emerging star. His single “Dream Of Getting On” has received significant airplay on commercial, college, and internet radio in Atlanta, Houston, Tampa, and Miami, as well as

several countries overseas. It also hit the Top 150 Independent DRT Charts at #12, #28 on the Hip Hop DRT Charts, and #44 on the National Digital Tracking Chart. These achievements put him in the same league as major rap artists like Kodak Black and Kendrick Lamar.

Krave is an artist with deep roots in the style and carries the influence of icons like Nas, Slick Rick, LL Cool J, and 2 Chainz. He uses those roots to create memorable, motivational music with relatable bars and a sound that combines East Coast rap with Southern flavor. What he’s doing clearly connects with a lot of listeners who vibe with hearing his take on the hustler’s mindset and maintaining an elevated mind.

His music video for the trap anthem “How I Roll,” shot by Omar The Director, racked up over a million plays on its first day on WorldStarHipHop, driven by Krave’s high-level lyrical flow. He is often compared with legends like Drake, 50 Cent, and 2 Short but has his own immediately-identifiable musical presence.

Krave’s latest effort, the full-length ‘By The Code’ dropped January

30th, 2019. According to industry insiders the release was the one that brought Wes Krave to a large global audience.

His obvious love for the creative process and making music for hip-hop fans just like himself is all over the new record and it’s expected to do big things for his career. Hip-hop aficionados looking for new sounds and wondering who’s up next in the game need to get with Wes Krave today. 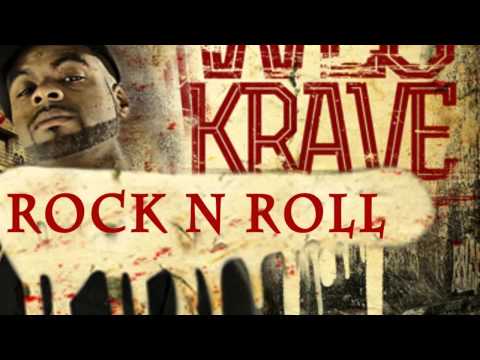 "ROCK N ROLL" New Single by Wes Krave We Shoot the video on October 13th. This is a big song for me and cant wait to share the visual...
4 views0 comments